Is Austin really that young? I'm really having trouble putting his voice to his face!

Have been listening to all your podcasts as always. I’ve become such a Roots fanboi it’s probably suspect (having moved from the urgh .Net/MS world 3 years ago after working in Finance in London since I finished Uni).

Basically as a Limey everyone else’s accent is pretty similar (excluding the Southern Brit) - but the rest of the Roots team look my age - late 20s, early 30s - all normal

Yet I’ve been imagining Austin with his Texan accent as some cowboy probably in his 40s - yet from his LinkedIn it looks like he started high school when I was already in university!

Apologies for this irrelevant post but I’ve basically taken to searching youtube for any clip of him speaking just so on the next podcast I can concentrate not just try and sync his voice up in my head.

Cheers,
Dan a.k.a The Brit that has never heard a US Southerner under 30 speak!

I think Austin has a rare disease where he grew into a man overnight. We’re all adjusting to the deep voice still

I’m flattered that you think I am cowboy. Coincidentally I am wearing a jean jacket and jeans right now. 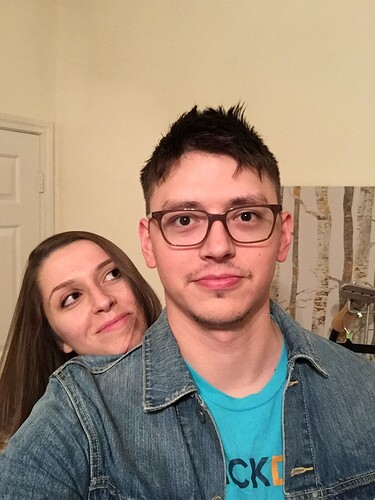 Are you still in London? If so where abouts?

Yeah, @austin and I are the same age - but I had no idea at first, thought he was a lot older!

I’m online speaking, but my voice is nasally and I’ll probably just sound like a guy with a cold forever

Are you still in London? If so where abouts?

We should think about a Roots meetup!

We should think about a Roots meetup!

I’m game… lets see if the others bite!

I’ll be able to come to London too for the meetup (from Notts)!

Would you drive or take the train?!

Train probably, but would need to check prices as they do get 90£ + somedays

But yeah it depends from the date we want to have this a bit.

Well it’s good that this thread seems to have started a Roots Conf LDN, but unfortunately I think I’m further away from matching Austin’s voice to his face!!

Re my whereabouts - afraid I’ve not left the Americas for a few years now!
Went off backpacking a few years, now I do the travelling Nomad thing which is what got me into Wordpress + Roots in the first place!

LOLOLOLOLOL at this entire thread.

Also, @austin is pretty tall too. We can all meet in DC @ PHP World. If anyone is going, Roots will be a topic of discussion.

Also, @austin is pretty tall too. We can all meet in DC @ PHP World. If anyone is going, Roots will be a topic of discussion.

Amongst others, I’m sure. I have to evangelize!!!