Hi, I’m a bit stuck with the new known_hosts.yml settings. I’ve been trying for hours now with all kinds of combinations for the name and key, but I can’t seem to get it to work.

I run my own gitlab server. Couple of questions:

I’m sure it’s me who is doing something wrong here, but is there a way to bypass/disable this method entirely for now and just deploy the old way? I was actually expecting (hoping) the default setting: repo_accept_hostkey: true to bypass all this, but unfortunately nope.

What exactly is your error message?

The solution might differ depending on the point of failure, whether it’s Composer, known_hosts, or sshd role.

The names in known_hosts.yml should be host names, and the values will likely be in your own ~/.ssh/known_hosts file.

repo_accept_hostkey defaults to true which does the same thing as Trellis always did. If you’re having a problem with that setting now, it seems like you would have before anyway?

We just now allow you to either change that, or add more keys manually.

Trellis’ known_hosts just calls http://docs.ansible.com/ansible/known_hosts_module.html so you can find the docs there. The name must match the hostname of the key. That’s the only requirement.

This is all standard SSH known hosts stuff. There’s a lot of resources for this online. But in general:

So that means you add your gitlab server’s public key to your Trellis servers known hosts.

You’d need to reprovision your server after updating this, but nothing else should be necessary.

is there a way to bypass/disable this method entirely for now and just deploy the old way?

The other responses above are 100% correct, but here’s another angle. I’m making this broad and verbose for the sake of others who may come across this topic with similar questions.

Be clear on the difference between an SSH client’s key pair and an SSH server’s key pair. 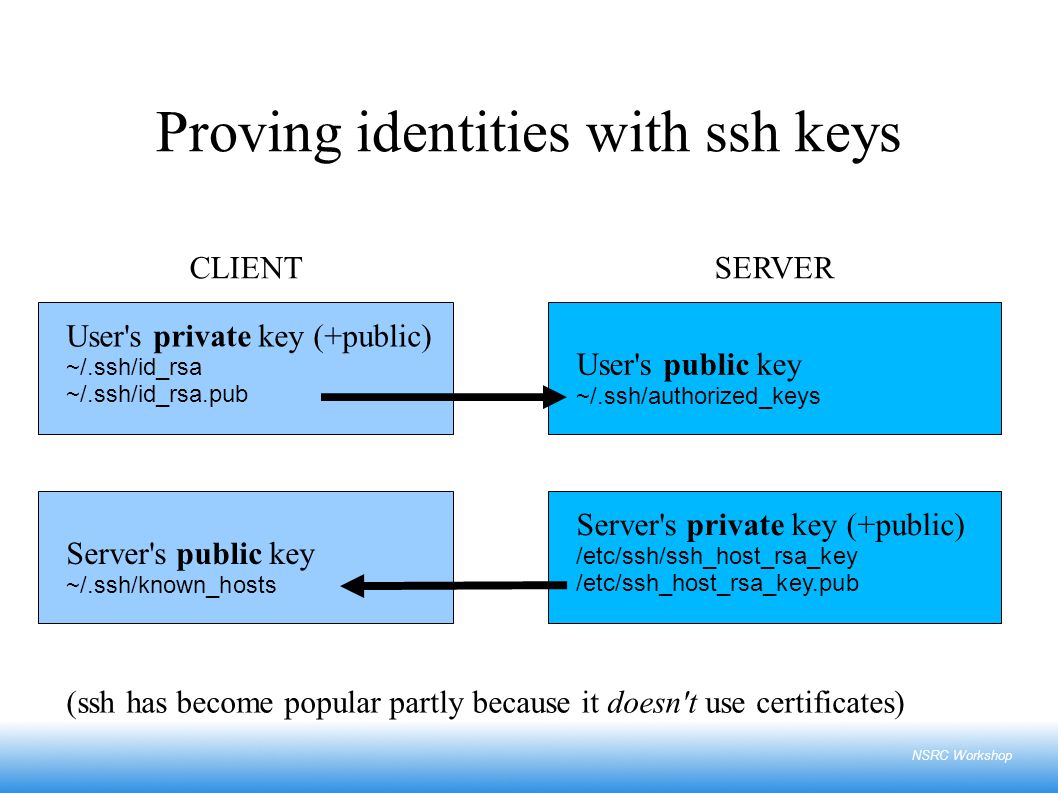 Client key pair – establishes client identity. When you SSH to a server, your local machine is acting as the SSH client. The server establishes your identity by verifying a match between your private key and the public key the server has stored for you in its authorized_keys file. You added this public key to the server either when you created the server, or if you listed the key in users.

Host key pair – establishes host identity. The client (your local machine) establishes the server’s identity by verifying a match between the host’s private key and the host’s public key your machine has stored in known_hosts. You added this public key to known_hosts when you made your very first connection to the server, when your CLI probably gave you a prompt such as this:

For your server (now the SSH client) to establish the identity of these latter hosts (SSH servers), it needs those hosts’ keys in its own known_hosts file. When repo_accept_hostkey: true, your server will automatically accept the git host’s host key into your server’s known_hosts, without just failing or prompting Are you sure you want to continue connecting (yes/no)?.

What should the host key entry look like? Find examples of how host keys should look by checking your local machine known_hosts, either by opening and looking, or by using this command:
ssh-keyscan -H gitlab.mydomain.com

If you are on a machine that you trust has an uncompromised connection to a host, you can use this command to retrieve the host’s key:
ssh-keyscan github.com
You’ll see that this output matches what Trellis lists for GitHub in known_hosts.yml:

The github.com host returns just one key of the rsa type, so known_hosts.yml lists only that one key.

The gitlab.com host returns keys of three types: rsa, ecdsa, and ed25519. In a regular SSH connection (vs. this example ssh-keyscan) there are a number of factors affecting which key a host will offer. One factor is the HostKeyAlgorithms requested by the SSH client. Trellis configures your server’s SSH client to not accept the insecure ecdsa type key from a host, which is why that type is missing from the key types preloaded for gitlab.com.

Amazing detailed explanation and instructions! Thank you very much! I realize I still have to put in some effort to truly understand all aspects of ssh keys, key types and known hosts etc., but my known_hosts.yml works like a champ now (including the setting repo_accept_hostkey: false).

What immediately resulted in success was your mention of the ssh-keyscan command. This gave me the correct key to use. Before I had been trying (among other things) to copy-paste from my local known_hosts file, which is hashed, so that really led nowhere. A suggestion, to maybe place a small comment of this ssh-keyscan command in the known_hosts.yml? Might help some other people as well.