Code for hash md5 was not found on trellis deploy

I’m getting this error when trying to deploy my trellis site. It started after I upgrading my macOS. Here’s the full error log 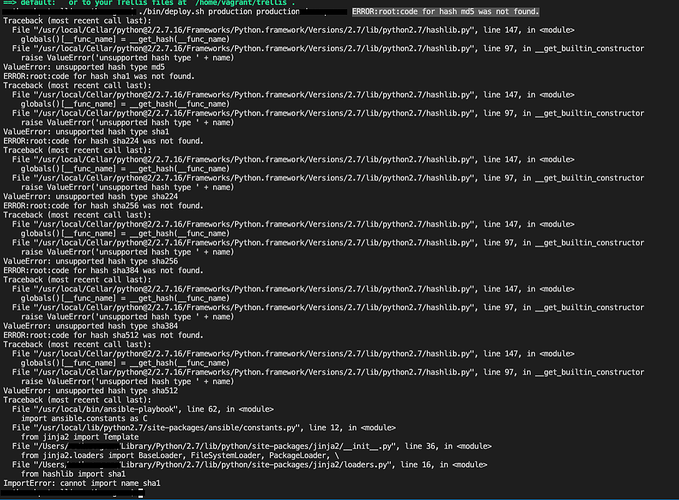 Clearly looks to be an issue with python but I’m also seeing some people mention issues with openssl. I do have a folder called openssl@1.1 in the /usr/local/Cellar/ directory.

I have not reinstalled anything since updating. I initially installed them as suggested in the trellis docs

What path does which ansible-playbook show?

Hello. I’m having this issue as well. I’ve gone through all the troubleshooting steps above and am still getting that same ‘hash md5 not found’ error.

Hm, not so much can be found about this issue, found one issue that originated from the way how Python was installed:

pip3 fails with ERROR:root:code for hash md5 was not found on MacOS