Please help me understand this…

Catching up on the great work done here, im giving this a go on windows, with babun, zsh.
Some things / questions / wonders arise.

Here’s what i did:

3 . Even though i can ssh just fine into the box, i get the ssh-forwarding note - why?
I followed the GitHub guide although i am not sure i needed to, as i was able to login to other vagrant boxes without it, and also make scp requests to other servers on the nets…

4 . Ansible does something even though nothing changed in the config files? ;

+From another vagrant provision:

^ This will be the output for any following run.

Many questions but this system does make me ask them…
I am going to try some more tests now. Would extremely appreciate any light you can shed on these issues.

Yeah, the SSH forwarding note is there in case you want to provision a remote server or deploy to one. You probably won’t be able to do that without proper SSH forwarding.

For using a different MTA, woulnd have to change requirements.yml, and get roles for that one, right?

Thanks for commenting @QWp6t
One thing is the message is injected to .profile on each provision i end up with quite a few

mentions to a link that doesn’t actually fix the issue.

Moreover, now initial page wait for each page load is up to 5 seconds !

@daadir The includes.d directory is optional, for when you have Nginx includes. The || : at the end of the command cd <includes.d path> && <do stuff> || : causes the command to still return a 0 (non-error) exit status when includes.d is missing, so the playbook won’t fail/halt.

As for the dpkg-preconfigure error you mentioned in your original post, it looks like there are a number of google results, which perhaps you’ve explored already.

@fullyint - Where should one look for include playbooks to use or learn from? 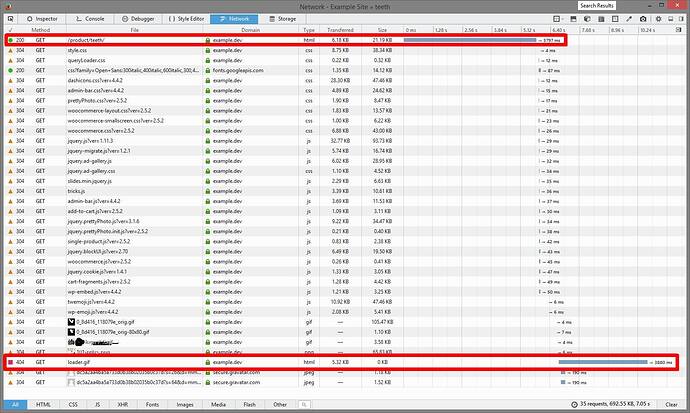 if the box just came up now, it would take 2-3 seconds of wait for served resources. If its running longer, it could
take 6 seconds of initial wait time. I tried this also with twenty fifteen, its the same - why like this?
Is there a good way to test where the slooowness is coming from?

Where should one look for include playbooks to use or learn from?

The Nginx includes feature is for including conf files into your site’s Nginx conf here. I’m not aware of examples out there. I’ve used it once to include some redirects. I created a list variable like this in group_vars/all/main.yml:

Then I created this template in roles/wordpress-setup/templates/includes.d/example.com/redirects.conf.j2:

You’ll be able to figure out anything you need with the example above, the Nginx docs, the Jinja templating docs, Ansible docs, and google. Enjoy.