"Help I tried to `trellis up` an older project and it's not working!" and other stories 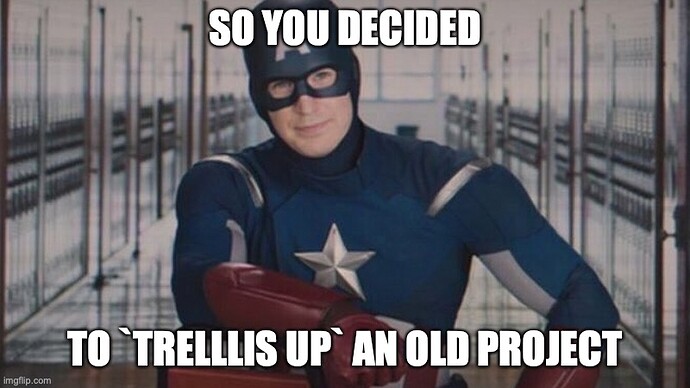 “All I did was run trellis up what happened??”

A couple of recent upstream changes, to macOS Monterey’s nfs settings and GitHub’s public keys specifically, have broken older Trellis instances, causing previously working Trellis environments to break seemingly on their own. While we’ve corrected these issues in the latest versions of Trellis, trying to figure out which changes to back port into your specific project without breaking something else can be a challenge. In this post I hope to help you fix a few of the more common issues, and consolidate a known-good fixes for breaking Trellis changes.

This is not a thread to report new issues with Trellis.

I upgraded to macOS Monterey and now nfs won’t mount!

And eventually times out:

Also find the following around line 41:

Destroy your Trellis VM and re-create it:

Now it says the key for GitHub has changed?

GitHub recently changed their public key. If you see something like the following when you’re trying to install Composer dependencies:

Open trellis/group_vars/all/known_hosts.yml
Replace the contents of this file with the latest from the Trellis repository:

Destroy your Trellis VM and re-create it:

I just used this thread, so I’m calling this a smashing success.

Yes that helped me! Thank you!