Hey. I know that RDS makes it easy to use the remote mysql option, but I’m curious as to what packages I should be installing on our own box, like DO or something. Just MariaDB? Or what else?

If you’re using RDS for db you probably just need php5-mysqlnd which is installed with the PHP task.

I was using RDS as an example. I want to set up a remote mysql server for a friend, but he doesn’t want to use RDS. So I was going to install mysql and whatever else I needed on a second DO Droplet for him. I just wanted to know what software to include on the server.

Just connect to the box via SSH and use MySQL? Don’t need to install anything 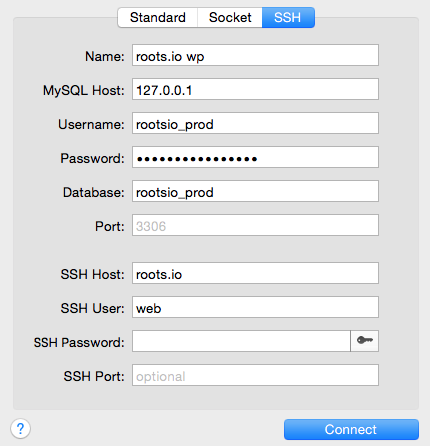 I ended up following this guide: https://www.digitalocean.com/community/tutorials/how-to-set-up-a-remote-database-to-optimize-site-performance-with-mysql