Removing redundancy with WAI-ARIA in HTML

I love that Roots has some limited accessibility ARIA roles defined in the markup seeing several of them in various templates. There have been to two recent articles this year that talk about redundancy in aria roles that I think Sage should consider.

Most HTML5 roles defined in Sage are redundant and not necessary. The semantics of these ARIA roles are already included in most of the elements by default.

I am referencing two articles, one of which is written by Steve Faulkner, a well respected Accessibility expert:
http://html5doctor.com/on-html-belts-and-aria-braces/

The form search ARIA role might also be something to reconsider:
http://adrianroselli.com/2015/08/where-to-put-your-search-role.html

So in respect of this, if others agree I think removing most or all of the ARIA roles as defined in these articles would continue the practice of a lean codebase in Sage.

Thanks for bringing this up. Want to submit a PR to the Sage repo on GitHub? 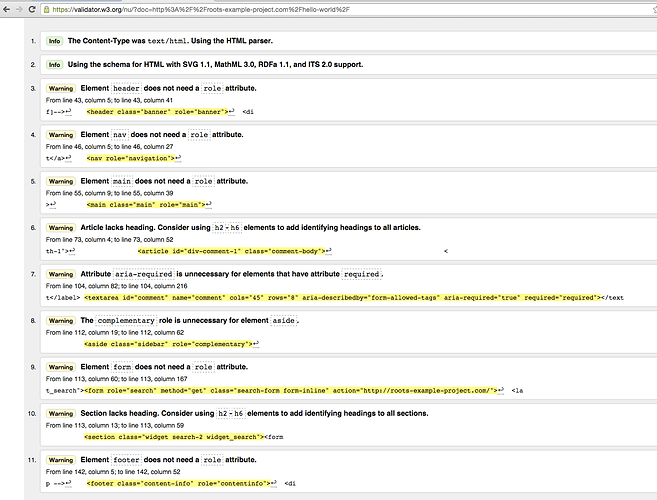