I know this isn’t necessarily a problem caused by Sage, but I wasn’t sure where else to ask.

After compiling I get the following result in browser: “border-radius: 10.2px;”

Does anyone know why this is being calculated after running gulp?

According to SASS documentation, calculation should only occur if a variable is used in conjunction with a / ?

Could it be the (PostCSS) minifier/plugin instead - that runs after SASS?

Yeah I understand that SCSS is doing the math. I don’t want it to do any math

However ‘border-radius: 510px/50%;’ is a valid shorthand expression of the border radius property.

Hence the conundrum I find myself in… The desired result is for the style to remain ‘border-radius: 510px/50%;’

Hmmm i’m not sure how you’re going to get that result then without SASS not interfering. I would look into the long hand approach. 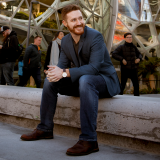 How Do I Stop SCSS (SASS) from Evaluating a Calculation? - CSS-Tricks

This is where I’m getting confused, supposedly if I write an expression like ‘510px/50%’ according to SCSS documentation it shouldn’t be calculated.

Calculation should only occur automatically if I use spaces or include a variable rather than a value.

So I shouldn’t really need to use interpolation, this should only be required if I was using a variable.

However I tried it for the sake of my sanity and when I do, the calculation still occurs.

You tried interpolation? I get what you’re saying but I would take a step back and see if there’s another way of accomplishing this. Do you have a codepen setup?

I’m unable to replicate this on either Sage 9 or Sage 8. In both cases, I get border-radius: 510px/50%; after compiling.

Which version of Sage are you using?

Can you post your project’s gulpfile.js (or webpack config, if you’re on Sage 9) and package.json?

@alwaysblank I’m using Sage 8 (legacy site) and the config files are as below;

Awesome! That did the trick… Thanks very much for your help @alwaysblank

Seems weird, especially as it’s compiling correctly on a colleagues PC with an identical setup.

Can I ask how you went about troubleshooting this?

I’ve got five bucks on “if it doesn’t work and you have nothing to lose, try updating stuff”.

From there, I just started one by one adjusting the versions of dependencies to match those in the known-good configuration (Sage 8.5.1), and running a new build after each change to see if that dependency was the bad one. Once I got to gulp-if the behavior changed, so I knew that was the problematic version!

If you can, I’d appreciate it if you could mark my answer as a solution.

Sweet! Marked and thanks again.