It’s been a while since I’ve used Vagrant on Windows 10, but Windows still being my primary OS, I’d like to know how you (if any) fellow Rootsians fare with this combo?
What is the state of Virtualbox and required Vagrant plugins, it was working for me on Win 8.1 but could not get it running on Win 10.
What about Windows Subsystem for Linux, is there any use of this?

In light of the Creators update and WSL now having proper network support and the ability to execute Windows binaries, I have switched to Windows 10 as my daily driver after using a highly modified Windows 8 for years.

Vagrant running with the Ubuntu package still doesn’t seem sane yet until they add more support on their side for WSL.

In the meantime, I simply created an alias called vagrant that resolves to vagrant.exe with zsh and run Vagrant and VirtualBox natively through Windows.

As far as everything else, I setup nvm, PHP7.1 (for local composer), and other sane development tools through WSL and finally have no more need to use Cygwin (or in my case, Babun).

Everything is working excellent.

We weren’t aware of any breaking issues on Windows? A couple Roots members use Trellis on Windows.

We’ve made improvements to it so it uses Vagrant’s ansible_local provisioner. The main difference on Windows is you need to use Ansible on the VM for things like deployments.

I’ve never had any issues with Trellis on Windows, so I’m unsure what he ran into specifically.

But in light of the vast improvements with WSL in the Creators update, when I get a chance I’ll update this thread with some suggested packages and configuration to get up and running using node, composer, etc entirely through WSL.

Are you using vagrant-winnfsd plugin? I’ve had problems with this plugin since I switched to Win 10, and without it even a simple WP in a Virtualbox, drags.

Update:
I updated vagrant and plugins on my Windows, and now:

hangs for more than 5 min on this: 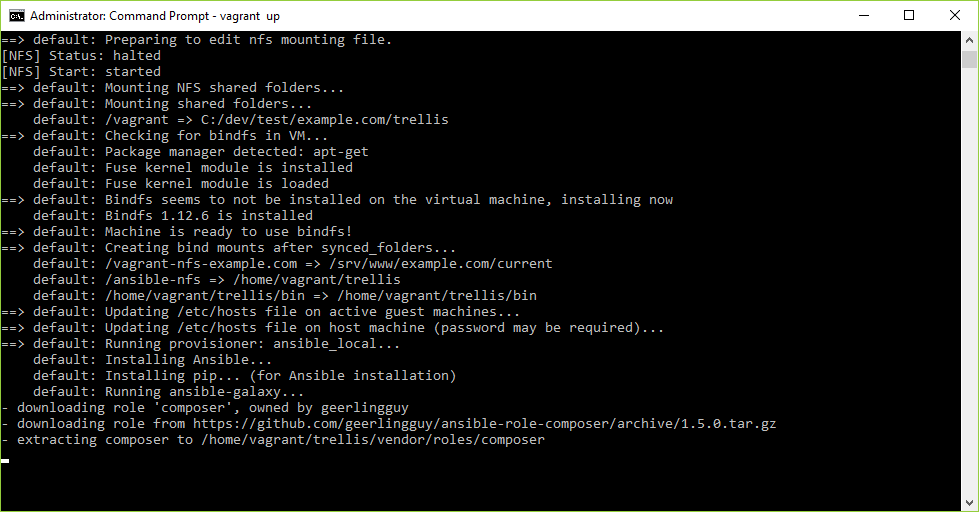 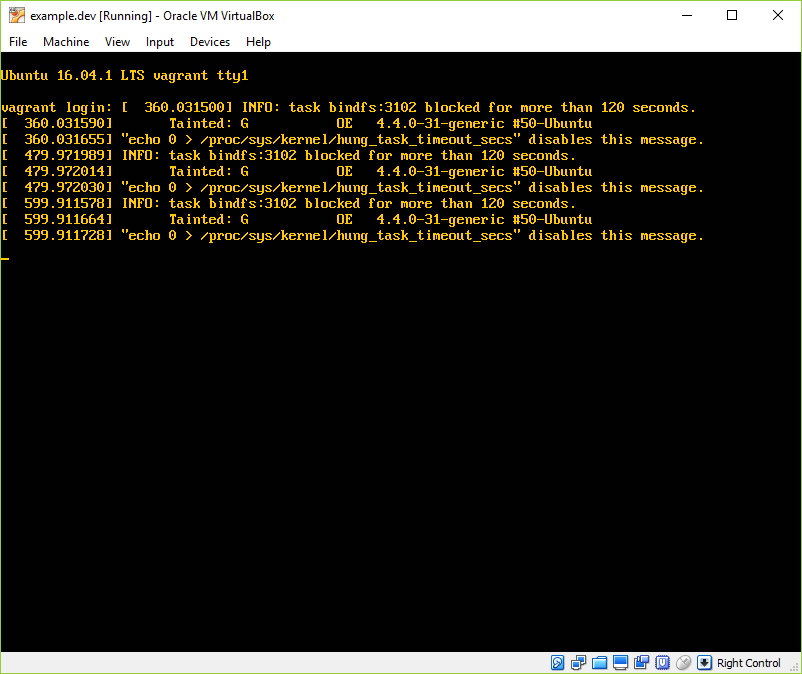 After updating Vagrant, make sure you restart your computer as bindfs can be fussy.

Trellis installation instructions on Windows 10 (in 2018)