Unable to provision a pre-existing project

Hi everyone, I am a pretty much a newbie using Trellis and I am stuck with an issue which might be silly but it’s blocking me. I have my project running on an Intel MacBook Pro and I have deployed with no issues, but on cloning it on a new machine (M1), I am not able to run it locally here below the specs:

It looks like VM is mounting and running correctly:

Plus I can connect via ssh: 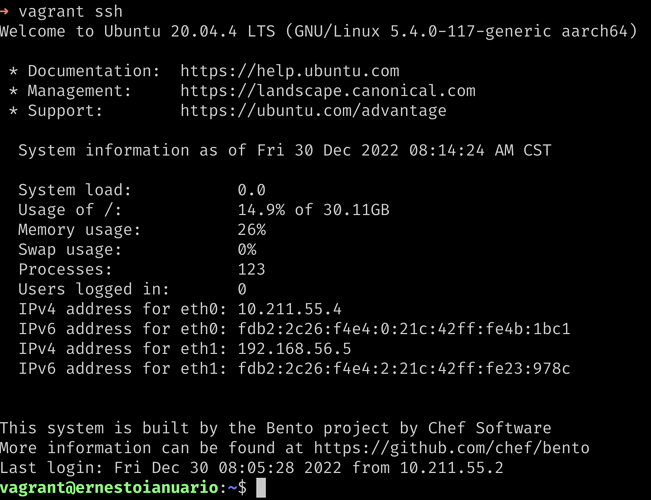 But visiting on the browser I have the typical “site cannot be reached”: 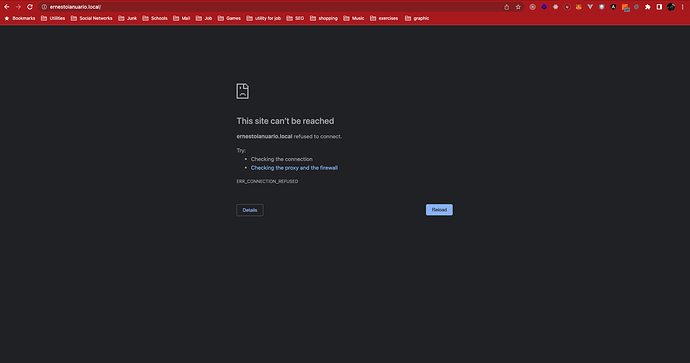 So I realised that trellis (vagrant) up haven’t done the provision and I tried to run trellis-cli command, which produces this error:

And if I use the ansible-playbook command:

I am not sure what am I doing wrong, any suggestion would be really appreciated, thanks in advance!
Ernesto

Howdy! Does this project already have encrypted Vault files? Is there a .vault_pass file in the Trellis directory on your Intel MacBook Pro? Is that file missing on your new machine?

Hi Ben and thanks for your answer. I have added the .vault_pass yes (same I have on the Intel machine) 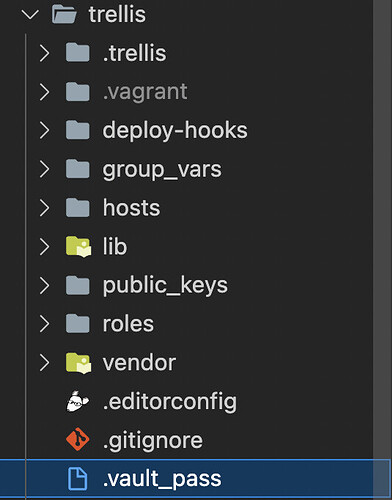 Hi again Ben, for further clarification, I have also encrypted Vault files and just realised I cannot decrypt them, maybe that’s the problem?

An incorrect decryption password can lead to this error.
If you can’t decrypt using ansible-vault decrypt group_vars/all/vault.yml you have an incorrect password.

Hi @mariusmateoc, thanks for your answer! I just tried to decrypt on the old machine using the verbose version of the command -vvvv, I receive this error there too “Error: HMAC verification failed: Signature did not match digest.” so you are probably right.
Do you know how can I fix this?

From what I know there is no way to recover this password. You have to try the brute force method.

In the future, you should use a password manager to save all your passwords.

I finally solved the issue. It turned out all vault.yml files were corrupted for some reason, so I had to recreate all new passwords on the old machine, encrypting them, pushing to my repo and pulling on the new machine; then, simply vagrant destroy && trellis up
and it worked like a charm.