hello all, I have added PurgeCSS to my project by following this guide: Removing unused CSS with Purgecss/UnCSS and ran into an issue.

The issue is my tailwindcss built-in utility class w-1/3 is not evaluated into width:33.333333% when I enable purgecss. Other styles look broken too.
These are my local VS remote screenshots: 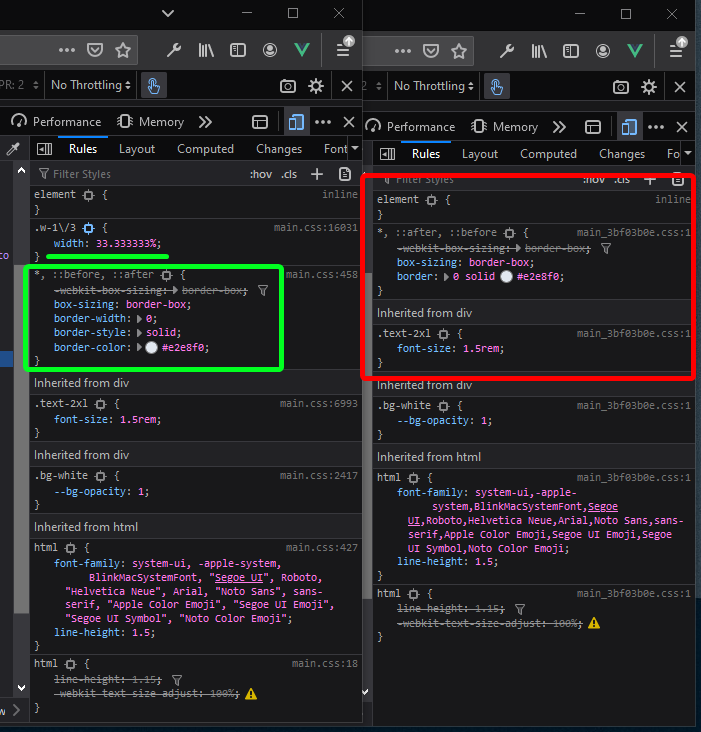 Question - How do I debug and fix issues like that? I am scared.

Where do you use .w-1/3 in your theme? Have you made sure PurgeCSS is checking that location?

I use class .w-1/3 in a Vue JS component at resources/assets/scripts/vue/vue2-map/src/components/ButtonRow.vue

Have you made sure PurgeCSS is checking that location?

Yes I think so. This is my plugin section from webpack.config.optimize.js and ls output. I have added the last line to paths:

ButtonRow.vue with .w-1/3 class is targeted by the paths above:

@kpoxo6op Since you are using Tailwind CSS 1.4, I’d recommend using the new built-in PurgeCSS feature. You configure it like so:

The built-in PurgeCSS feature only purges when the NODE_ENV is production as well, it has a preconfigured default extractor (this is what I suspect is causing you issues above, since that guide was not Tailwind specific, but I had included the default extractor in the old Tailwind guide).

Sage 9 with TailwindCss yarn build:production is missing styles. The most suggested fix is not working for me
kpoxo6op May 4, 2020, 8:32am #5

TailwindCSS purgecss totally destroys my styles on remote, I can’t even say what’s not broken on my page now.

What else can I try?

Interesting. I just created a Sage 9 project with the Tailwind preset and gave this a try. It seems like the content array cannot include relative paths (presumably since it’s an array of globs).

You might need to delete the .cache-loader directory from the root of your project in order to get webpack to actually recompile the styles (since the config has changed, but not the files). That might just be for JS files though (I don’t remember).

yaaay it worked, thanks for your help! My minified styles are not broken anymore. 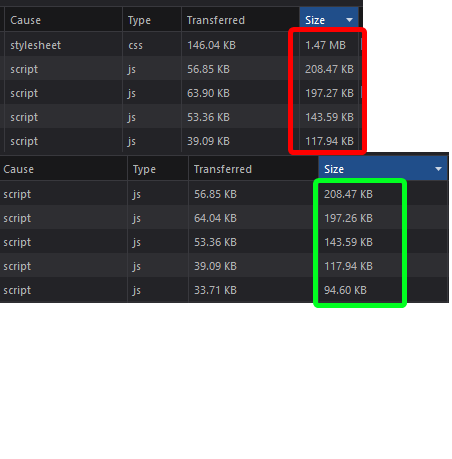